September 17, 2013: On September 18, 2013, Orbital Sciences will launch their Cygnus cargo resupply vehicle on its maiden voyage to the International Space Station (ISS) via an Antares rocket. 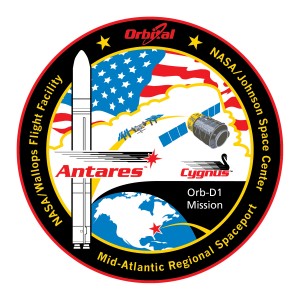 The flight, named G. David Low in memory of the former astronaut and Orbital executive, is a demonstration mission to ISS under Orbital’s Commercial Orbital Transportation Services (COTS) contract with NASA. Once on orbit, Cygnus will perform a series of tests to demonstrate safe and correct operation of the vehicle before rendezvousing with ISS to be captured by the SSRMS robotic arm. Launch is currently scheduled for 14:58 GMT Wednesday from the Mid-Atlantic Regional Spaceport in Wallops, Virginia, and Cygnus is expected to reach ISS on September 22nd. Odyssey personnel will be supporting the Cygnus rendezvous and capture in real-time from the Mission Control Complex at Johnson Space Center in Houston, TX.

Odyssey’s support role for Orbital’s Cygnus development was extensive, including System Engineering design support, Concept of Operations development, Robotic Capture design and analysis, and Independent Verification and Validation of all safety critical software. For more images and details about the historic Cygnus mission, go to: http://www.orbital.com/AdvancedSystems/CRS