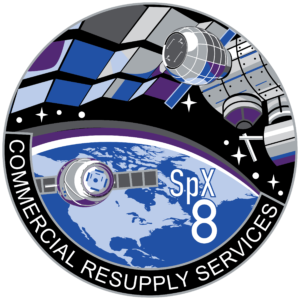 April 10, 2016: SpaceX’s unmanned Dragon spacecraft successfully reached the International Space Station (ISS) this morning! This is the first Dragon flight in nearly a year after losing the previous one due to a launch anomaly. It is also the eighth mission under the Commercial Resupply Services (CRS) contract with NASA. After a nominal launch from Cape Canaveral on April 8 and a smooth two-day rendezvous, Dragon reached ISS and was captured via robotic arm at 11:23 GMT on April 10, 2016.