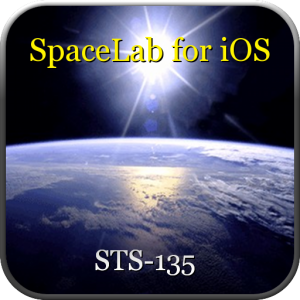 June 9, 2011: Odyssey Space Research, L.L.C., has announced a space-based, experimental app, dubbed SpaceLab for iOS, which will be used for space research aboard the International Space Station (ISS). The SpaceLab for iOS app will make its way to the ISS on an iPhone® 4 aboard the orbiter Atlantis on the space shuttle fleet’s historic final mission, STS-135, and will remain there for several months for the ISS crew to conduct a series of experiments. Odyssey also announced it is bringing the astronauts’ on-orbit experimental tasks down to earth for “terrestrial” consumers to enjoy via the SpaceLab for iOS app available today from the App Store℠.